Manila, the capital of the Philippines, is home to the oldest Chinatown in the world. This urban Chinese enclave has existed at the same site along the Pasig River at Binondo since the late 16th century.

In the months before I made the long journey from mainland USA across the Pacific to the Manila, I spent a lot of time reading and writing about what Manila’s Chinatown was like during the time when the Philippines were a Spanish colony. I was very excited to finally have the chance to wander through the neighborhood I had read so much about.

When I first arrived in Manila’s Chinatown, I was struck by how it looked and smelled like Chinatown in Sydney, Australia, the city where I grew up. 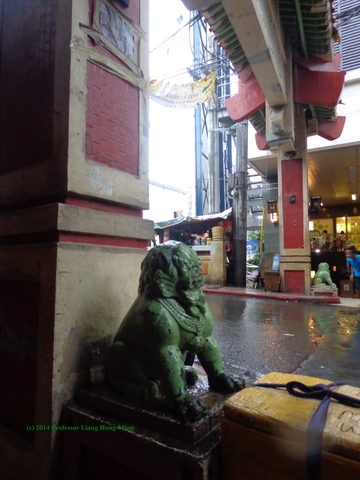 Manila’s Chinatown is a busy commercial center full of shop. Everywhere you look there are business names in Chinese characters emblazoned in brightly painted and neon signs. One road was crammed with jewelry stores selling gold and jade. Another street was home to many Chinese pharmacies that were selling modern cold and flu tablets and antibiotics alongside traditional Chinese medicines.

Greengrocers occupied almost every corner of the district, hawking an array of fresh fruits and vegetables, including one of my favorites – the hot-pink colored dragon fruit! (It tastes a bit like a Kiwi fruit). 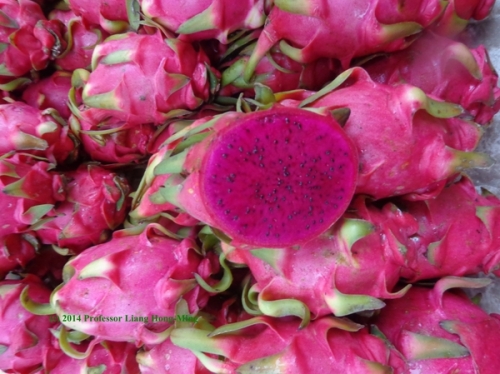 Of course there were also lots of Chinese restaurants and street-food stalls serving up traditional foods from southeastern China, including Siopao (steamed buns), bowls of handmade noodles, and lots of fresh seafood. One of the most interesting snacks on offer was the Siopao Asado; a classic Chinese steamed bun filled with the Filipino favorite pork Asado. This is a great example of Manila fusion food.

The tall Spanish baroque-style churches are one feature of Manila’s Chinatown that you don’t see in Sydney. The San Lorenzo de Ruiz Church is one of the largest in Chinatown. It is named in honor of the first Filipino Saint, who had a Chinese father and a Filipino mother, and died a martyr in Japan in 1637 where he was working as a missionary. The granite church that was built on this site in 1852 suffered heavy damage during World War Two, when much of Manila was flattened by heavy bombing. This is a photo that I took of the San Lorenzo de Ruiz Church. 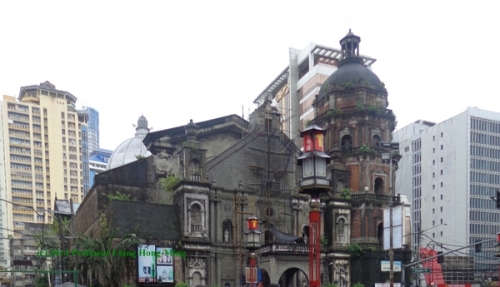