Trolls: The Dangerous, the Terrifying, and the Commercialized? — The North Star Project Reports, sponsored by The Middle Ground Journal. By Tayler Boelk

Trolls: The Dangerous, the Terrifying, and the Commercialized? — The North Star Project Reports, sponsored by The Middle Ground Journal. By Tayler Boelk 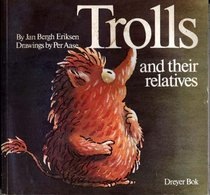 In most Norwegian folklore, trolls are depicted as dangerous, terrifying, and incredibly stupid. Troll tales are used to teach lessons to children. The book I have, Trolls and Their Relatives, was given to me by my great grandmother. Trolls have become increasingly commercialized. The book I received, as well as some miniature troll sculptures, were purchased in Norway in a store entirely dedicated to trolls. My grandmother said you could buy troll statues larger than her!

Trolls describes the most “common” trolls in Norway and how to outwit them. While most trolls are considered dangerous, not all want to cause harm. If a human chose to house a Nissen, and give it food on Christmas Eve, the troll would bring good luck for the livestock and crops the next year. This story was used to teach the lesson of kindness. Some other lessons from the trolls include the Nokken, who represents disobedience, the Tussel, who signifies gossip, and the Hulder, who represents temptation.

According to one of the funniest stories, trolls would sometimes steal human children and replace them with troll children, and this explains why children are not very well behaved for a few years. Eventually the trolls get sick of the human child’s good manners and take back their ill-mannered troll child. If we apply this traditional tale to Disney’s Frozen, it would appear that Christoph and Sven weren’t adopted, but rather, kidnapped!

Frozen included a depiction of the Norwegian troll. These trolls had some traditional traits, such as becoming a part of their environment (you may recall a cute little troll exclaiming “I grew a mushroom!”), but for the most part were the nicest possible version of a troll found in Norwegian folklore. Our antagonists did not have to worry about being eaten or crushed, nor did the trolls have to worry about any Vikings coming to destroy them or turn them to stone. (In Frozen they already were stone!) Despite the inaccuracy of the trolls’ loving characteristics, as someone with Norwegian heritage I am happy that Disney made an attempt at including some of Norway’s most interesting history.

Yet another example of the commercialized troll comes from an excerpt from an Oslo magazine introducing an app for smartphones called “Trolls vs. Vikings.” The game depicts the trolls setting up defenses and battling the angry (and stupid) Viking characters who are trying to steal their gold. While some things are accurate (they share the names of traditional trolls) I would not consider this app a good historical representation of the relationship between Norwegians and trolls.

So what is the relationship between Norwegians and trolls? As I mentioned earlier, the trolls were used to symbolize a lesson or quality such as kindness or temptation. Each troll has a specific characteristic, usually but not always undesirable. If Norwegians treated certain trolls with respect and kindness, good fortune came to them, but most trolls are depicted as dangerous. Trolls representing undesirable characteristics were seen as something that needed to be defeated. Thankfully, my book teaches me how to defeat trolls, something I feel I should share with you in case you should ever come upon one! 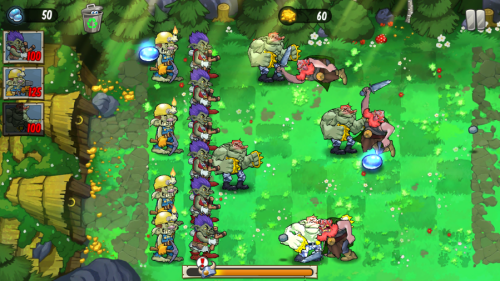 Trolls are defeated many different ways, depending on the creature. For example, the Nokken can be defeated rather easily. The Nokken lives in swamps, rivers, and lakes, luring people into the water. To defeat the Nokken, one needs only to throw a needle or a cross into the water while speaking the Nokken’s name. The larger trolls that you would typically find stealing cattle or princesses take a little more effort. To defeat one of these trolls you must chop off all of its heads (this can be as many as twelve!). But for your typical troll, all you must do is keep them chasing you until the sun rises at which time they will either burst or turn into stone. Those that turn into stone become just another part of the Norwegian countryside.

—
Please contact Professor Liang if you wish to contribute to The North Star Project Reports — HLIANG@CSS.EDU