World History and the Meaning of Being Human – Physical and Geographical Features and Where We Call Home Today – by Felicity Byrd. The North Star Reports: Global Citizenship and Digital Literacy, at NorthStarReports.org and facebook.com/NorthStarReports

World History and the Meaning of Being Human – Physical and Geographical Features and Where We Call Home Today – by Felicity Byrd. The North Star Reports: Global Citizenship and Digital Literacy, at NorthStarReports.org and facebook.com/NorthStarReports 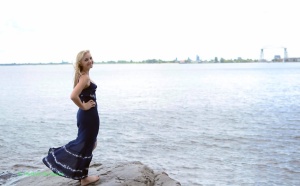 All across history, humans have made distinctive choices as to where they settle and live. Even nomadic peoples made choices as to where they settled for periods of time. Most commonly humans can be seen settling near areas with predictable water supplies, fertile lands, and areas that they see as opportunity. There are examples of this in the settlements in South/Southwest Asia River Basins, in the Andes Mountains in South America, and even right next to home where people have settled on Lake Superior.

One distinctive trait that it seems all humans look for when choosing where to settle, is fertile lands. Much like the Chavín peoples choose to settle in “the steep mountainsides and deep fertile valleys of the Andes Mountains”, settlements along Asia River basins, such as in central Southwest Asia at the basin of the Euphrates and Tigris Rivers, had the same idea (Tignor, p.186). The river basins “formed beds of rich alluvial soils” which could provide a “stable food supply” for the growing populations of the city-dwellers. While both the Chavín peoples and the dwellers on the Asia River basins sought fertile lands, they each grew different kinds of crops. The Chavín peoples benefited from the valley floors of the mountainsides that “yielded tropical and subtropical produce”, maize, and potatoes, while the settlers in Asia relied “on intensive irrigation agriculture” and the “availability of domesticated plants” (Tignor, p. 45, 186). Growing up on Lake Superior my entire life, I can say the exact same concept can be seen across the lands around Lake Superior as in the past. One major plus of Lake Superior is that it creates fertile soil around it, which is rich in minerals. I grew up in the country, just about a half hour drive outside of the city of Superior, and as you drive out that way, all you see is farm after farm. The bulk of the agriculture where I grew up is mostly hay, corn, apples, and different berries wide scale, and then most families grow their own vegetable gardens in the summertime. Fertile land is typically found near areas of rich water supply, which is also a characteristic humans can be seen across history searching for.

My home of Lake Superior is the largest fresh water great lake in North America, providing us with a predictable drinking source, areas of fertile land, and a promise of a rich animal population. The Lake alone is home to at least 88 species of fish and there can be vast bird populations as well (Linder, 2019). Closer towards my home in the country, there are large populations of white tailed deer and wild turkeys, as well as many farms with domesticated animals such as cows, chickens, pigs, and goats, many of which all serve a purpose to help the human population grow and thrive. Much the same, the Chavín peoples relied on llamas which “produced wool and dung”, the wool could provide various different purposes such as fabric, and the dung could be used “as fertilizer and fuel” (Tignor, p. 186). The llamas later even served the purpose to transport goods and materials as well. The early cities along the Asia River Basins can also be seen using the same thinking concept, in search for “water for irrigation, and availability of domesticated plants and animals” because with a rich water supply, and fertile land, they would be able to “produce agricultural surpluses to feed the city dwellers” and ultimately provide for and grow the human population.

One last characteristic humans across history can be seen searching for, is areas that they see as opportunity. For example, because Lake Superior is rich in minerals, early settlers were able to mine iron, silver, copper, nickel, and even gold in places. The city of Superior also contains a large oil refinery, which supports much of the economic trade of goods and materials for the city. The lake is also a major area of opportunity with the availability of shipping ports to transport and trade goods across vast distances, including the transport of both oil and grain, which are two goods Superior is highly known for. In the Andes mountains of South America, the Chavín people in history sought out a home with “ecological diversity” which “enabled them to find all necessities close at hand”, they had the availability of “precious stones” which helped them to facilitate “some long-distance trade” and also enabled them to produce “elaborate stone carvings” (Tignor, p. 186). They also were able to develop “advanced techniques to weave fine cotton textiles”, and several other techniques that all arose from this land of opportunity (Tignor, p. 186).

All in the all, the physical and geographical choices that humans have made across history says several distinct things about the values of humans. Humans value lands that have a steady, predictable water supply, fertile lands that can help them to develop agriculture and support growing populations, and they value lands of opportunity. Even though the examples I have written about are in 3 different places around the world, they all have overwhelming similarities, but also unique differences in the certain ways they were able to grow and thrive off of the lands they chose to call home. I think humans in our time today can look at this history and use it to learn that physical geographical played a major role in human civilization. If humans had not had the burning instinct to search for areas that would provide survival, they would have never been an increasing growth in population, that led to civilization on the wide-scale that can be seen worldwide today. Our ancestors chose places to call home that they saw as overall areas of opportunity and growth, and those choices relied heavily on distinct physical geographical.

From Professor Liang’s Spring 2019 World History I [Online] class, Felicity is a Nursing student.
—
Please contact Professor Liang if you wish to write for The North Star Reports — HLIANG (at) css.edu

31 responses to “World History and the Meaning of Being Human – Physical and Geographical Features and Where We Call Home Today – by Felicity Byrd. The North Star Reports: Global Citizenship and Digital Literacy, at NorthStarReports.org and facebook.com/NorthStarReports”