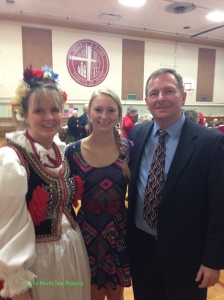 Throughout my lifetime, I’ve always felt like I have a close connection to my heritage. My family has taught me to always be proud of our Polish background, with my Mom’s side being “100% Polish”, and my dad being born in Poland. With the traditional food we cook, masses we attend, ethic dance groups we participate in, and the numerous other traditions we partake in, I’ve always felt in touch with my roots. I never learned to speak Polish fluently, but my family would always say words and phrases at home while I was growing up. When I was around the age of 12, I joined a Polish Folk Dancing group, a group that my parents were once a part of a long time ago. While in this group, I learned traditional Polish dances, learned Polish songs, went to Polish festivals, made traditional Polish meals, volunteered at various Polish events, and so on. What I now find astonishing is that it was not until recently that I learned the real history behind my own father’s migration story from Poland. Why I never asked him, I am not really sure. To my surprise, his story was nothing what I had imagined it to be. Now knowing what I know about his story, it has reshaped my own identity concerning my heritage.

My dad first began by explaining the motivations behind his reason for leaving Poland and coming to America. While I always just figured the reason was because he met my mom, and wanted to be with her, I was wrong for thinking that was the whole story. My father shared his childhood memories with me of a, “Chevrolet rolling down the narrow Polish roads projecting prowess of the United States”. In his eyes, American cars were exceptionally beautiful and powerful compared to those that were built in his home country. “At that early time in my life I already recognized that there will be time allocated for me in my future, to experience, and to witness how those lasting things of power and beauty are made at the place of its origin-America,”. The beauty and power he saw in American cars was transferred to his curiosity of the country itself. Around the 1980s was when my father made the decision to move to America permanently. While I feel that most people might juggle and struggle with making this decision, my father said that it was not a hard decision for him to make. What he remembered from his childhood, along with having faith in his religion that this would be the best choice for him, he took the leap of faith.

Growing up, I always knew my father had a fascination with cars. He often would buy and sell new or old ones, more than any other family or person I grew up with. I was never aware of the sentiment behind the cars relating to his own childhood. I never knew that the beauty of cars that he saw was connected to his dreams of coming to America. If I had never asked, I would still be ignorant of this information.

Most migration stories that I’ve heard about or read about have come with many challenges. While I know there must have been traditions, customs, language barriers, culture shocks, etc. that my father endured, he never looked at his journey like that. My father claimed, “Living in the United States I never considered a ‘challenge’, but as a blessing. I believe I came to this country for the right reasons, and those right reasons gave me a feeling of being vastly blessed day after day,”. It is to my father’s advantage that he does not look like a “typical” immigrant might look, being that he is white and from Europe. While he wasn’t born in America, he has not faced the same discrimination as other immigrants who are not white.
My father explained to me that his experience learning English was positive. He was fascinated with what he believes is a “flexible and accommodating language”. He even believes that at times it is easier for him to express his thoughts in English rather than his native language. Though he still struggles with some English grammar, words, or phrases, he never feels “less than” because he does not always understand.

My father has a pretty heavy European accent. Growing up, I have become “immune” to hearing it. The way he speaks is what I’ve always known, and to me it never seemed out of the ordinary. I recall I was in middle school the first time someone ever said something to me about the way my father speaks. My friends from school would always say that sometimes they can’t understand what he’s saying or asking because of his accent. At first, I was shocked, but with time I have come to understand the differences with how he says certain words or phrases that may be outside of the “norm” of American culture.

I always wondered if it was ever hard, awkward, or uncomfortable for my father to return to Poland when visiting his family. Again, I never asked the story behind my father’s migration process, so I didn’t know how it had affected him. One “story” he mentioned to me was, “my old neighbor joked that I left Poland for the United States while he stayed behind to rebuild ravaged old country by the wastes of extreme socialism. Poland was stunningly restored, but this restoration comes with a grain of sand for me to remember. I was not part of that restoration and somehow, I felt I should have been,”. My father never really spoke about what life was like for him growing up, or what his family dealt with while he still lived in Poland. After learning about this story, I could tell that there were struggles he dealt with when leaving and returning to his homeland.

One thing that has stuck with me from my father’s story was when he talked about the migration process as a whole. He shared, “For all of us, there is a point in life where we’ll migrate somewhere to build a new life for ourselves. It doesn’t have to be a foreign country,”. I think my father is correct when he makes this statement. Moving to a new country can be a migration process, moving to a new state, a new city, away to college- there are many ways in which we can all experience migration situations. Each experience is unique, and the reasons behind each story has the potential to be legitimate. When we go somewhere new, we must assimilate to the new culture around us. Sometimes we create new identities, in order to feel like we belong to the new group around us. That being said, creating this new identity of ourselves doesn’t mean we must lose our past identities as well. My father has done this by passing on his Polish traditions to his family.

What I think is important to remember is that the motives that may cause someone to leave their home and migrate to a new location are typically unknown. It is not anyone’s place to make assumptions or judgements if they do not take the time to ask. We truly cannot understand the intentions behind someone’s journey if we do not take a step back to learn from them. We should hold each story as legitimate, until possibly someone gives us a reason not to. It should not be the other way around, in which we judge first and ask questions later. Learning about my father’s experience has been eye-opening to me in a way I was not expecting. I had a lot of preconceived notions about my father as an immigrant that were changed when I learned more about his past, which in turn helped me to learn more about who he is today.

I think that learning about my own father’s migration has had a positive impact on my own identity of my heritage. All the traditions I grew up with would not be a part of my life if he had not made the decision to come here. While I may still continue to struggle with feeling disconnected to what I feel I should have asked my father long ago, I am pleased I have had time to learn and reflect the stories I was told. After 22 years, I feel like I have a whole new perspective on who my father is. This perspective has helped me to re-shape my own heritage identity. Reflecting on someone else’s experiences can help us to reflect on our own experiences, which humanizes the whole concept of migration. Like my father said, we truly all do find ourselves as migrants in some form or another in our lives.

From Professor Liang’s Fall 2018 Introduction to Political “science” class.
—
Please contact Professor Liang if you wish to write for The North Star Reports — HLIANG (at) css.edu 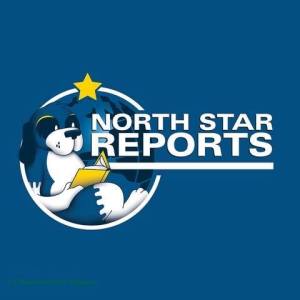 28 responses to “Immigration Stories – Epiphany After 22 Years – by Maria Nowak. The North Star Reports: Global Citizenship and Digital Literacy, at NorthStarReports.org and facebook.com/NorthStarReports”