Arriving in Ireland – by Allison Brennhofer. The North Star Reports: Global Citizenship and Digital Literacy, at NorthStarReports.org and facebook.com/NorthStarReports

Arriving in Ireland – by Allison Brennhofer. The North Star Reports: Global Citizenship and Digital Literacy, at NorthStarReports.org and facebook.com/NorthStarReports 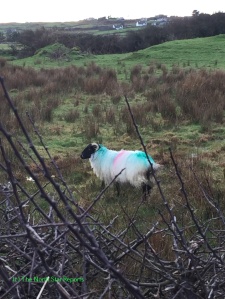 It took eighteen hours of travel, over two planes and one bus that hurtled quite precariously through the narrow lanes of Irish roads, but our group of sixteen students and two professors made it to Ireland unscathed.

The first flight, Minneapolis to Newark, raised my hopes that I wouldn’t experience the pain I’ve likened in the past to being stabbed in both ears by screwdrivers. I shouldn’t have been so optimistic because the descent into Ireland made me think my eardrums were slightly away from rupturing the entire 40-minute descent. Other than that, the flights were rather fun. The man I sat next to first was the perfect seat partner, we exchanged a head nod when he sat next to me and we didn’t speak for the rest of the flight. I was lucky enough to have the middle seat of my row empty for the longer flight to Ireland, with myself by the window and an older gentleman on the aisle. He was a good seatmate as well, only chatting at the end of the flight when everyone was anxiously waiting for the doors to open. The only hiccup in that was my hearing was affected by the landing and I could half hear everything he said. I was also worried I would be unable to hear the questions the man who had the power to deny me entry to Ireland would ask me, but luckily he didn’t say much of anything. 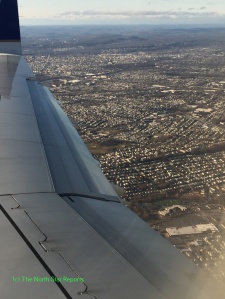 By the time we got off the plane and onto the coach bus taken, we were all exhausted. We made a stop at a gas station where we bought food and some got coffee. The narrow, winding roads made me regret trying the black pudding the women in the gas station gave us a free sample of. Black pudding is a traditional food that is not pudding like at all. The woman who gave us the free sample wouldn’t tell me what it was made of until I tried it. It’s typically made of pork fat, pork blood and oatmeal, although I’m not entirely sure what was in the one I tried. Surprisingly, I didn’t think it was terrible but I hadn’t been feeling the best after the flight so I just tried a tiny piece. Our bus driver had absolutely no qualms about our large bus on the two-way roads that I considered tight for a one-way. From what I’ve observed so far, most people in Ireland like to drive fast, many would risk the tight space and overtake us when they found themselves stuck behind the bus.

Driving through Ireland was incredibly surreal. This is going to sound cliché, but it’s honestly so green it surprised me. Perhaps it’s just because I came from the white snow and brown grass of Minnesota, but it really is amazing. The fields go for as far as your eye can see and the mountains in the distance rise out of the ground and disappear into the clouds, except for the rare moments the sky is clear. There are also sheep everywhere, every time you turn your head there are more sheep. As soon as we drove close enough to some sheep, we noticed that the sheep have blotches of color on them. Our bus driver informed us that the farmers let their sheep roam so they each have a color (or pattern of colors) that they paint across either the right hip, left hip, back, or back of the neck of their sheep to distinguish them.

In what was probably an attempt to help us overcome the jetlag with minimal problems, we had arrangements to have drinks and food at one of the local pubs in town that night. The board members of the cottages we’re staying in bought all of us a round of drinks and we drank those and ate sandwiches provided by a local shop. The outing turned out to be a great idea. If we hadn’t gone out, I can guarantee I would have been asleep by six that night. Instead, I managed to stay awake and social until about nine which I deemed a perfectly acceptable to head to bed.

If my first few experiences with the people and atmosphere of Ireland are any indication, I would say I am in for a fantastic semester here.

39 responses to “Arriving in Ireland – by Allison Brennhofer. The North Star Reports: Global Citizenship and Digital Literacy, at NorthStarReports.org and facebook.com/NorthStarReports”