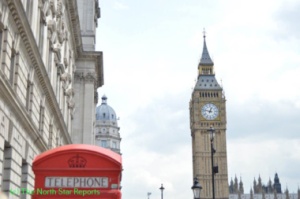 Before living in the United States, I had the idea of a certain reality that merely involved my culture. It meant driving a car for a couple of hours to experience a completely different climate, music and infrastructure. It meant enjoying delicious foods, without necessarily trying new things. It meant not worrying about how to greet people. It meant being in my comfort zone.

Little did I know how far from reality I was. 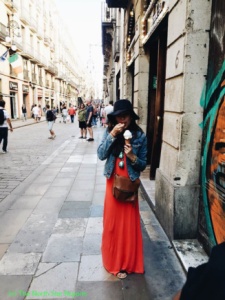 Living in an interconnected world as we do today means more than living all your life in your comfort zone. Reality requires stepping out from there. And that’s what I did. It is not new for anyone to know that Duluth, Minnesota might be a little bit different from Bogota, Colombia. Yet, I wanted more. I wanted to see more. I wanted to truly experience my surroundings. The travel bug had hit me. This is why I decided to travel solo. 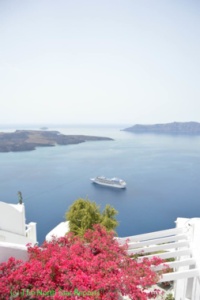 Something I had never done before, in a place I had never been before, with people I did not know at all. I booked my trip to Europe without thinking much about it, just pushed by the desire of experiencing something different. It was only until the moment I stepped out of the plane that I truly realized I was actually going by myself to the other side of the world for the first time.

I was able to step in in five different countries, which meant experiencing five different cultures in just three weeks. If something is true is that three weeks are not enough time. Cultures are infinite and constantly evolving. This is what makes it so hard to truly get to know a certain culture, as time will always be limited. I tried to make the most out of my time in Europe. London, Paris, Barcelona, Sitges, Frankfurt, Munich, Santorini and Athens. Every city, every landscape, every single second had its own magic. It is impossible to say I did not experience any sort of culture shock. I was, indeed, homesick. 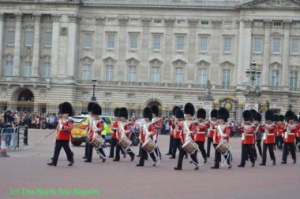 London is a magnificent city. I was not expecting much about this city, so I was gratefully surprised by it. Its architecture and urban organization are impressive. I tried to bike around the city one day, and almost got hit multiple times because I was used to driving on the right side of the road. Even though there were multiple differences, I was able to recognize the historic connection between the United Kingdom and the United States. From the most simple thing, the language; going through their food, their costumes and their organization: I was able to see the roots of the culture I have been exposed to in the last couple of years.

As a kid, I always dreamed about going to Paris. I remember watching movies, reading books, and listening songs about the charms of Paris. Paris is internationally portrayed as the romantic city. This was not my first impression, not at all. I got to Paris on a grey, rainy Thursday. As the bus was driving around the city, I remember thinking: is this it? Here, I was able to realize once again that media is always changing reality. It is very easy to forget this. Nonetheless, being able to explore this city was a dream come true. I tried foods I never thought I would, such as frog legs and snails. The music, the environment, the architecture and all the gastronomy made it an unforgettable experience. I was able to visit Versailles, which opened my eyes to the historic part of our world. Being able to see how people lived hundreds of years ago was a marvelous experience, and made me realize how important it is for humanity to understand where we come from; which ultimately explains why we act the way we do nowadays. On the other side, visiting the catacombs was eye-opening. There is so much to learn, so much to understand. 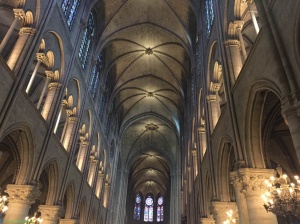 Barcelona. Just the city’s name makes you feel its magic. Barcelona was a very interesting experience due to multiple reasons. First off, even though it is located in Spain, their main language is Catalan. This made me feel weird when speaking Spanish, as I knew native people did not like it. Barcelona’s atmosphere is indescribable. I fell in love with the city’s weather, people, architecture, gastronomy, landscapes and music. For the couple of days I was able to be there, I was amazed by every single detail. Paella, sangria and gelato made long days of walking definitely worth it.

Germany is one of the most (if not the most) organized countries I know. Everything is practical and planned accordingly to the needs of the people. From visiting Munich and Frankfurt, I was able to see the huge German culture around beer. Yes, I knew about some of it before getting there. Yet, I had no clue of how important it actually is. Beer is probably the cheapest and most bought good in the market. The thing about this, is that it is high quality beer. By this time of the trip, I was already homesick. I had too much to digest in such few days, I was certainly overwhelmed by everything. Not only this. I wasn’t able to communicate in Germany. I had never felt this way in my whole life. Even in France, I was able to communicate with my basic French skills. It was a different story in Germany, as I felt truly frustrated by not being able to ask for a bottle of water. However, I was gratefully amazed about German lifestyle.

I think one of the places people should definitely visit is Greece. Greece was the birth of our civilization in multiple ways. Philosophers, mathematicians, astronomers and doctors were basically born there. Accordingly, I decided to extend my trip to visit Santorini and Athens. When I landed in Santorini, I was shocked. I was shocked with everything around me. Of course, again, I was expecting to see all that media shows to the world. It was not like that. Santorini is an island composed by different little towns. What I had seen in pictures was just one town, called Oia. In order to get to Oia, people need to take public buses, which go packed and sweaty all the way to Oia. Undeniably, it is one of the prettiest and breathtaking landscapes I have ever seen. Like a children’s tale scene, I was in the middle of little white and blue arched houses, with the Mediterranean Sea in front of me. It was impactful to see the way in which early civilizations used their resources to build cities in the middle of nowhere. After that calm and peace, I was able to experience the agitation and chaos of a city such as Athens. Greece’s economy is very volatile right now, which means the political environment is going in the same direction. While I was in Athens, I was able to experience a live student protest. Things that are easy to see back in Colombia happening all over the world was very imposing to my eye. 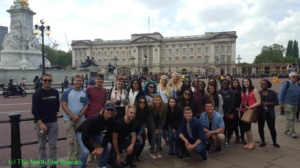