What’s in a Name? — Lake Koronis, Minnesota – The North Star Reports – by Zach Friederichs. Sponsored by The College of St. Scholastica and The Middle Ground Journal

What’s in a Name? — Lake Koronis, Minnesota – The North Star Reports – by Zach Friederichs. Sponsored by The College of St. Scholastica and The Middle Ground Journal 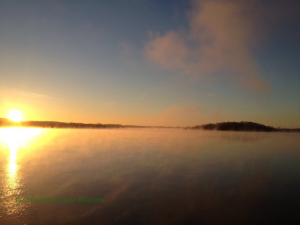 A name is arguably the best way to identify a person, place or thing. They are used as a concrete point of reference and save lots of time and effort in comparison to using a long list of possible adjectives that could be used to arrive to the same point.

Names don’t just pop up out of thin air, they are generally assigned by someone or some group who have encountered the assignee first and have felt the need to give a label. It seems fair enough to me to let the discoverer call the shots just as your parents called the shot upon your first few weeks of life. Although, this has been known to cause conflict, especially when the name is offensive or the nature of the discovery is unofficial.

A name that is of interest to me is Lake Koronis. It is a 3,000-acre, freshwater, glacial-made lake located in Stearns County in the Southwestern part of Minnesota. It is very unusual in that it has three islands going straight cross its center. This name is important to me because I was raised in a small house located on its shores and spent much of my childhood playing and swimming in its clear waters.

There is some controversy surrounding the origins of the name of the lake which involves two competing theories. The most widely held theory draws from an account of an Indian maiden named Koronis who leapt off of a high edge on one of the islands in order to escape a marriage she did not want. The second theory refers to the shape made by the three islands as a crown, which is translated from the Greek word korones. Needless to say, the first theory is a bit more exciting and acknowledges the presence of the Dakota Indians in the area. The Dakota Indians were said to migrate up the North Crow River by canoe during the spring season in search of resources after spending their winters in the Mankato area. Later, European explorers settled the area in the late 19th century and the Dakota Indians were forced out.

The name Lake Koronis has always acted as a word that describes my home and a beautiful place for vacationers to spend the summer. I think a lot of history and economic development would be lost if the name were to be changed. It may be simple but it has served as a point of reference and description for well over a century. It would take lots of time and effort to create a new legacy to accompany a new name.

[From Professor Liang’s Spring 2015 World History II class.]
—
What’s In a Name? World History students at our host institution, The College of St. Scholastica, were assigned the task of researching the name of a person or place with a personal connection to their lives, looking into the history of the name, the motives behind its use, and the significance of the name in the past and present. Students selected a variety of names including hometowns near and far and family names. Whether it was a name they’d always wondered about or one long taken for granted, their findings were often unexpected. Even when the name itself was not found to be especially meaningful a recurring theme emerged of increased awareness and respect for those who came before and the value of knowing their stories. Kathryn Marquis Hirsch, Managing Editor, The North Star Reports.
—
Please contact Professor Liang if you wish to write for The North Star Reports — HLIANG (at) css.edu

See also, our Facebook page with curated news articles at http://www.facebook.com/NorthStarReports
–
The North Star Reports: Global Citizenship and Digital Literacy, The College of St. Scholastica and the scholarly Middle Ground Journal’s online learning community and outreach program with undergraduate and K-12 classes around the world. The North Star Reports has flourished since 2012. For a brief summary, please see the American Historical Association’s Perspectives on History, at:

The North Star Reports publishes edited essays from our students, particularly from those who are currently stationed, or will soon be stationed abroad. Students have reported from Mongolia, Southern China, Shanghai, Norway, northeastern China, Micronesia, The Netherlands, Tanzania, Ireland, England, Finland, Russia, and Haiti. We also have students developing reviews of books, documentaries, and films, and analysis of current events from around the world. We will post their dispatches, and report on their interactions with the North Star Reports students and teachers. We thank The Department of History and Politics and the School of Arts and Letters of The College of St. Scholastica for their generous financial support for The North Star Reports and The Middle Ground Journal.

12 responses to “What’s in a Name? — Lake Koronis, Minnesota – The North Star Reports – by Zach Friederichs. Sponsored by The College of St. Scholastica and The Middle Ground Journal”