Review of the Book, Iraq Reborn: A firsthand Account of the July 1958 Revolution and After — The North Star Reports – by Tanya Tellez. Sponsored by The College of St. Scholastica and The Middle Ground Journal

Review of the Book, Iraq Reborn: A firsthand Account of the July 1958 Revolution and After — The North Star Reports – by Tanya Tellez. Sponsored by The College of St. Scholastica and The Middle Ground Journal 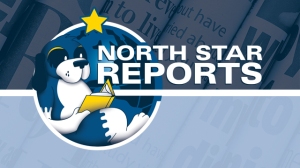 In Iraq Reborn: A firsthand Account of the July 1958 Revolution and After, former Ambassador for Iraq to Czechoslovakia Ismail Al-Arif gives the Western reader a viewpoint on the turmoil that occurred in the Middle East that is not often recognized. Ismail Al-Arif was one of the 1958 coup’s leading revolutionaries and solicited future Iraq leader General Qasim’s support for the cause. This book concentrates on the origins of the 1958 revolution, the Free Officers Movement, the organization of the army, and the impact the revolution had on Iraq’s domestic and foreign policies.

Ismail Al-Arif’s main point and focus is not only to give the reader insight into what occurred prior to the coup and during and after the revolution. It is also his lament for the people in Iraq, his people seeking security and comfort within Iraq and at the same time constantly finding themselves involved in worldwide politics. Al-Arif opens with an explanation of why he wrote this book and gives the Western reader his point of view of what matters were misinterpreted by the Western press. Ismail Al-Arif wrote this book to give the general public what it had never had before, a firsthand historical account to enable them to understand what was really going on in Iraq’s political and social developments. He is successful in giving the reader insight on the circumstances that made it so the coup was decisive on reorienting and shaping Iraq’s entire governmental policy.

The introduction begins with some history of the country as well as a physical description of Iraq. Ismail gives the reader a brief historical timeline from the succession of Sumerian dynasties, Hammurabi, the invasion of the Kassites, the Assyrians, the Ummayad Dynasty, the Mongols and Genghis Khan. Al-Arif’s brief overview of Iraq’s history shows the reader that Iraq has been in constant struggle. Al-Arif ends his summary with the British conquering Iraq in 1918 and thus begins with the topic in Chapter One about foreign relations prior to 1958.

Al-Arif writes about the Anglo-Iraqi Treaty and how it was to remain in force for twenty-five years. Under its terms Iraq became a British mandate, and eventually new treaties were added in 1926 and 1927. The Iraqi people did not accept the treaties because they felt that the League of Nations mandate was just another form of British occupation of Iraq. The people of Iraq already felt oppressed and these formal agreements that were established with England were viewed as setbacks to the economic and social development of the country. Undeclared war began between the Iraqi Army and British troops that lasted about thirty days. Eventually, when the British and the Trans-Jordanian Army surrounded Baghdad, the revolutionary officers left with Prime Minister Gaylani for Iran. This was the first time in modern history in which Iraq had a taste of total independence from any foreign domination. This independence, however, did not last long. After only four weeks pro-British politicians returned to power. Al-Arif closes the chapter with the Baghdad Pact and explains to the reader that this pact was met with serious opposition in the army, especially among members of the Free Officers Movement Organization.

In the second chapter, Al-Arif names four social forces that were causing the turmoil and political instability in Iraq after World War I. These four social forces– ethnic and religious forces, feudalism and tribalism, the middle class, and the workers and the peasants– would create a fundamental social shift that would wipe out past issues and build a modern, civilized society. This societal change was behind the desire for a true nationalist revolution that would result in Iraq’s independence.

Chapters Three and Four talk about Progressive and Revolutionary movements that began and why it was that the people of Iraq felt the need for revolution. The Communist Party began to appeal to students, intellectuals, and teachers. With this, socialism began to impact the minds of new generations in the late 1930s. The army and its Free Officers Movement were the only social force at the time capable of running a revolution. Al-Arif gives accounts of the meetings the officers had, where they met, who the men in the army were who were planning the revolution, and how it was the officers came to agreement on who would be part of the coup. Another great aspect of this book is that Al-Arif uses accounts of which recruitment efforts took place, what was discussed, and what was written in the letters between the author himself and General Qasim. A list of names of other officers who were persuaded to join the movement is included.

Chapter Five is the most interesting and includes amazing firsthand accounts of what occurred on the day of the revolution, July 14, 1958. Names of men who took action, from where, and what places where eventually occupied are recalled. Al-Arif gives the reader insight into what occurred when they went after the royal family and what happened to Nuri Said when he was on the point of escaping. Proclamation No.1 declaring a People’s Republic in Iraq was announced on July 14, 1958 and the Council of Sovereignty was established.

Al-Arif concludes his firsthand account with the domestic policies and the problems that the new government faced after the revolution of July 14, 1958. At the time it was written, a series of violations and activities in the border areas was becoming a persistent issue. A war was in effect, and Al-Arif closes his text with, “The war is still in progress at the time of this writing.”

Iraq Reborn: A Firsthand Account of the July 1958 Revolution and After is a great book to read for perspective on before, during and after the revolution. Ismail Al-Arif provides the reader with full text appendixes of the Proclamation No.1 of the Revolution of July 14, 1958, the Provisional Constitution of the First Republic of Iraq-1958, the March 11 Manifesto on the Peaceful Settlement of the Kurdish Issue in Iraq, and last but not least, the Iraqi-Soviet Treaty of Friendship and Cooperation. Sometimes the author will end in phrases that give a strong opinion about an event or situation, but this should not take away from what a fine work this is that may serve to help historians, or any reader, to understand the reasons behind the revolution of July 14, 1958. The most valuable aspect of Al-Arif’s book is the fact that the author was one of the leading figures in the 1958 coup and his insights into the revolution lead to valuable conversations on how this event can be viewed. It helped me, the researcher and student,understand why it was that the Free Officers took matters into their own hands and why the people of Iraq supported their actions. It is a great read and it is clearly a way to impart to the Western reader a point of view of Middle East turmoil that is rarely recognized. This would make a great resource for any upper level graduate studying and researching the revolution as well as aspects related to the decision and formation of the successful event.

Tanya Tellez. I am a United States Navy veteran. I am also a mother and a student at Texas State University, in San Marcos, Texas. I am a major in History and a minor in Health Education.
—
Please contact Professor Liang if you wish to write for The North Star Reports — HLIANG (at) css.edu

See also, our Facebook page with curated news articles at http://www.facebook.com/NorthStarReports
–
The North Star Reports: Global Citizenship and Digital Literacy, The College of St. Scholastica and the scholarly Middle Ground Journal’s online learning community and outreach program with undergraduate and K-12 classes around the world. The North Star Reports has flourished since 2012. For a brief summary, please see the American Historical Association’s Perspectives on History, at:

The North Star Reports publishes edited essays from our students, particularly from those who are currently stationed, or will soon be stationed abroad. Students have reported from Mongolia, Southern China, Shanghai, northeastern China, The Netherlands, Tanzania, Ireland, England, Finland, Russia, and Haiti. We also have students developing reviews of books, documentaries, and films, and analysis of current events from around the world. We will post their dispatches, and report on their interactions with the North Star Reports students and teachers. We thank The Department of History and Politics and the School of Arts and Letters of The College of St. Scholastica for their generous financial support for The North Star Reports and The Middle Ground Journal.

(c) 2012-present The North Star Reports: Global Citizenship and Digital Literacy http://NorthStarReports.org ISSN: 2377-908X The NSR is sponsored by The Middle Ground Journal and The College of St. Scholastica. See Masthead for our not-for-profit educational open- access policy. K-12 teachers, if you are using these reports for your classes, please contact editor-in-chief Professor Liang at HLIANG (at) css.edu 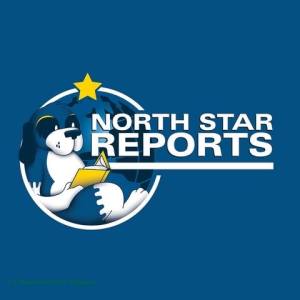