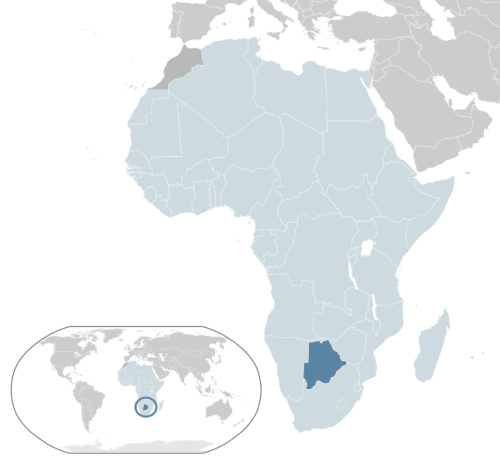 Last summer, I returned to Francistown, Botswana, where I spent much of my adolescence and where my parents still reside. It was my first trip home in over two years. Understandably, I was quite excited. Of all my experiences during my visit, the one that remains the most memorable involves a damaged passport, security guards, and a bus filled with illegal immigrants.

My passport was damaged by way of washing machine. I had foolishly forgotten to empty my pockets before doing laundry. Reasoning that it would be safer to obtain a new passport rather than take my chances with a damaged one, I planned a trip to the nearest town with an embassy: Gaborone. My trip to Gaborone proved to be far more exciting than anticipated. I left Francistown early Monday morning and arrived at the embassy around 10:00 a.m. After filling out all necessary paperwork, I grabbed some lunch and browsed some nearby shops for nothing in particular. My old passport was returned to me punched. I reasoned that I would still be able to use it for traveling as it technically did not expire for another eight years.

In the late afternoon, I began making my way back to the airport. I waited in the lobby and when I noticed a line beginning to form, made my way to the gate.

At security, however, I was abruptly stopped and pulled aside while the guards conversed in a language I did not recognize. Perplexed, I inquired what precisely was the issue. I was told that my passport, which did not expire for another eight years, had been rendered invalid due to it being punched. This meant, of course, that I could not board the plane home.

This was rather worrisome as I’d only planned to spend the afternoon in Gaborone and had not brought enough money for a hotel and had no means of staying the extra two weeks it would take for my new passport to arrive. Furthermore, due to the cancellation of my passport, I had no acceptable form of ID. I needed a passport for any form of travel. This, coupled with the fact that Gaborone is not exactly the safest city, sent me into a panic.

With my phone’s battery about to die (and without a charger), I left the airport and made attempts to find a safe, cheap place to spend the night and regroup. This proved difficult as every place I tried within my price range was full. Thus, I resorted to walking around the city until I finally found a place in the early morning, at around 3:00 a.m.

I asked the receptionist if she knew of any way I could return home that would not require a passport. She leaned in and said very quietly that if I was up for it I could play with fire and catch a bus at 6:00 a.m. Said bus would not check for ID as it would be taking a more scenic route so as to smuggle in Zimbabweans entering illegally.

I took the bus and made some new friends in the process.

The North Star Reports will share brief dispatches from our student interns, particularly from those who are currently stationed, or will soon be stationed abroad. Student interns have reported from Mongolia, Southern China, Shanghai, northeastern China, The Netherlands, Tanzania, Ireland, England, Finland, Russia, and Haiti. We also have students developing presentations on theatrical representations of historical trauma, historical memory, the price individuals pay during tragic global conflicts, and different perceptions of current events from around the world. We will post their dispatches, and report on their interactions with the North Star Reports students and teachers.