Tequesta People, Met Square, and the Fight for History — The North Star Project Reports, sponsored by The Middle Ground Journal. By Dennika Mays

Tequesta People, Met Square, and the Fight for History — The North Star Project Reports, sponsored by The Middle Ground Journal. By Dennika Mays

In 2013, a developer, MDM Group, was working at Met Square (a site in downtown Miami) and made a shocking discovery. Their original plan was to dig up the area, set the foundations, and build some commercial spaces such as a movie theater, shopping plaza, and a grocery store. But during the course of their digging, they unearthed the remnants of a prehistoric Tequesta village.

The Tequesta people were a Native American tribe that had lived on the southeastern Atlantic coast of Florida since the third century B.C.E. This tribe built their livelihood at the mouth of the Miami River, where the Miami River meets the Atlantic Ocean. This place is of huge historical importance because it was a place of intersection. The Tequesta people had contact with Native American peoples in the Caribbean who would come to the mouth of the Miami River for trading and political purposes. Additionally, many tribes from the northern parts of the U.S. would travel down various river waterways and would follow the Miami River down to where it meets the Atlantic Ocean to trade and interact with other tribes. Unfortunately, the Tequesta people were killed by various Europeans who moved into the area.

The site in downtown Miami contains artifacts and roughly 3,000 human bones. These bones have been carbon dated by archeologists to about 600-500 B.C.E. Upon digging up the bones, MDM Group proposed to allot 25 percent of the property to the preservation of the site and then build on the rest of the property. Their proposal was to devote a small piece of the land to carve out and display some of the artifacts from the Tequesta village.

There were many hearings about this site, as community members, archeologists, activists, scholars, students, and teachers all came to speak against building on the site. This site could possibly be one of the most significant sites of Native American artifacts in the country, and this developer wanted to build right on top of it. Furthermore, prior to buying the land, the developer was informed of the fact that the area was historically occupied by the Tequesta people. MDM Group knew that it was likely they would find some remains, but they pushed forward with the project.

On February 14, 2014, I attended a hearing at City Hall to fight against the developers trying to build on the remains. I was there with about 80 to 100 other community members who all wanted to see the site preserved. The lawyer for the developer spoke for several hours and talked about the “primitive” Tequesta people. He spoke about how they “didn’t wear shoes,” how they “didn’t treat their women right,” and how they wore “loin cloths.” He often referred to them as “Indians” and not Native Americans, which is the correct terminology. . All of these remarks were to devalue the findings of the site and justify building on top of them. The lawyer talked about the potential money that could be made and the potential tourists that would frequent the place if there was a hotel and movie theater, as opposed to artifacts of an “Indian village.” The lawyer even whitewashed some historical facts by saying that the Spaniards who killed the Tequesta people so many years ago “were trying to save them” with Christianity.

But what this lawyer was saying doesn’t just reflect on him. In fact, he was using tactics used by most Europeans since they first came into contact with Native American people: 1) downplay their historical significance and/or historical achievements 2) attack their worth as human beings by attacking their character 3) place them in opposition to ‘modernity’ and ‘progress’. When I was listening to the lawyer talk about the Tequesta people, his attitude and word use made it sound like the Tequesta remains were “getting in the way” of “development” and “progress.” “This isn’t the Stonehenge,” he said as he was trying to justify the destruction of the site. It made me angry and frustrated to hear him talk about the Tequesta people as though they were a nuisance.

But, finally, after ten hours of testimony, advocating, and arguing, the board had to make a decision. We had been at City Hall since 8 a.m. and it was about 7:30 p.m. by the time everyone was done speaking. The board members took a moment to think, write a few things down, and then made their decision: the developer would not be allowed to build anymore at Met Square. They decided 6 to 7 that any further building at Met Square had to incorporate 100 percent preservation of the site. Furthermore, one of the board members noted that he was “highly disappointed” and “appalled” at the way Native American people were talked about on that day.
Everyone was so excited. We had stopped a multi-million dollar project dead in its tracks, and the developer was required to preserve the site and unable to pick and choose what it wanted to keep from the remains. We still have more work to do as MDM Group plans to appeal this decision. The war to save this site isn’t quite over, but we won a significant battle.

For the Ancestors
For the Elders
And for Future Generations
AHO!

Please contact Professor Liang if you wish to contribute to The North Star Project Reports — HLIANG@CSS.EDU 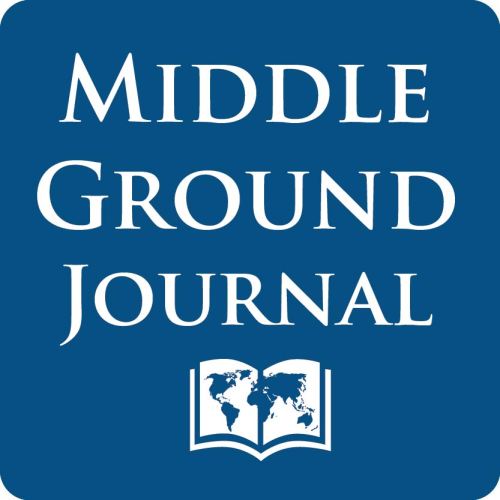 19 responses to “Tequesta People, Met Square, and the Fight for History — The North Star Project Reports, sponsored by The Middle Ground Journal. By Dennika Mays”