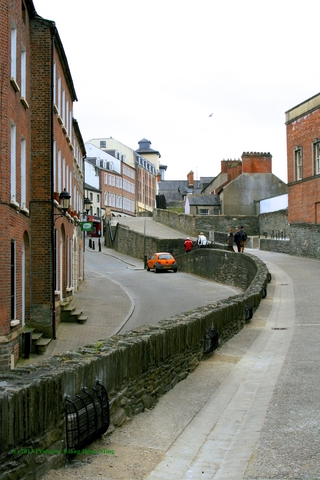 My eight weeks in Derry had seemed to have come and gone in the blink of an eye and before I knew it, we were all packing up our belongings once again for our week long field study in Dublin before heading back to the University’s Coleraine campus. It was a very bittersweet last week because although I was beyond excited to head down to Dublin as well as having the whole group reunited once again, it was extremely difficult to say goodbye to a city that I had become so familiar with and made so many memories in. People had actually started asking me for directions to places around the town and I was able to tell them how to get there with confidence despite the look of doubt they had on their faces once they heard my American accent. And to this day I still miss this place more and more, everything from the people with their stories and their Derry accents to something as simple as walking down Strand Road into the city center or taking a ‘wee dander up the walls’.

Though the goodbyes were difficult and that I could’ve spent months in Derry, it was time to see and learn more and try to get a better grasp on the conflict and the peace process from the perspective of those down South. So with that we were off to the Republic of Ireland to act as both tourists and students, we would hit all of the main tourist attractions as well as take advantage of the opportunities that come with being a HECUA student and that was something to look forward to.