This week is the last before the ICTY goes on recess for the summer, during which time everything apparently all but shuts down. I have just finished a project and anticipate being able to take some time as things wind down for the summer to read through some of the Judgments and get a better grasp on both the application of the Statute of the ICTY and the legal reasoning behind several of the recent, controversial acquittals. I am also going to use the time to look through some of the materials produced through the Outreach office of the ICTY. These materials, whether produced by Outreach or gathered by the Outreach office from those living in the former Yugoslavia, are very interesting because they act as a sort of gauge that reflects how the work of the Tribunal is being received in the region and the interaction between this institution and those who live in the Balkans. Some of the materials which come from the region also give a fascinating insight into the collective construction of memory in the former Yugoslavia. At a children’s festival in Sarajevo several weeks ago, the Outreach field office located in Bosnia and Herzegovina asked children to make drawings which reflected what they thought about the conflict and the work of the ICTY in general. What I found most striking were some of the fairly graphic, detailed drawings of war and destruction that were made by children who were not born until a decade after the conflict ended. This seems to suggest a strong potential for persistence of memory of events in the region. Whether this is “good” or “bad”-likely to lead to reconciliation or further discord-is not something easily determined. One of the drawings of a burning village has a caption at the bottom which translates roughly as “so it will not happen again,” essentially analogous to the phrase “never again” often associated with the Holocaust. It remains to be seen what place the work of the ICTY will have in the establishment of long-term coexistence and rule of law in the Balkans region. 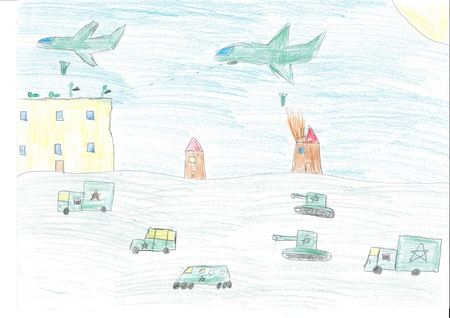 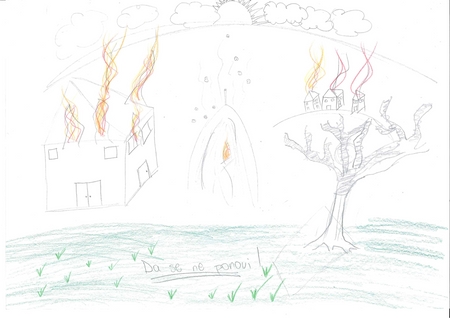 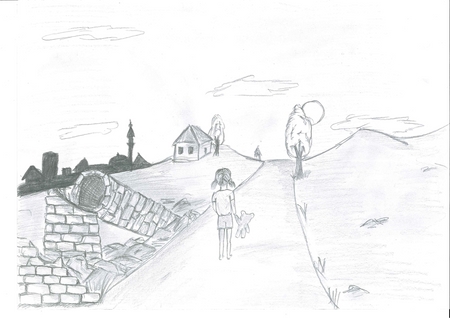