As mentioned in my last update, the group had ventured to Derry/Londonderry for the first of our three field studies. The second field study took place in Belfast famous for being the birthplace of the Titanic. However, our purpose in Belfast was to focus on what we came to Northern Ireland for, to learn about democracy and social change in Northern Ireland. Because this was our focus and we were studying under the HECUA program, we were presented with so many different opportunities that we otherwise would’ve missed out on and a couple examples of this were presented during our day in Belfast. 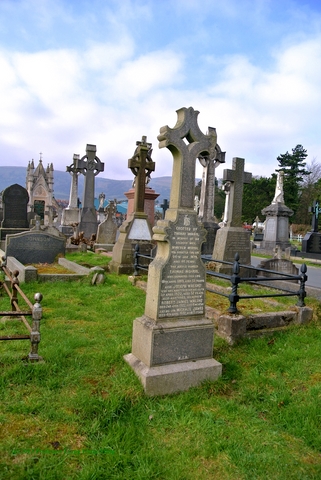 We spent different parts of the day with three different men who played significant roles in the Troubles. All three men had once been a paramilitary (two IRA men, one UVF), all three had committed shocking crimes, and as a result, all three had received a life sentence in prison. But these guys were roaming Belfast freely because of the Belfast/Good Friday Agreement of 1998, which had released all those imprisoned for committing crimes because of the Troubles. Prior to meeting these men, I was expecting to meet hardened criminals, but that’s just the opposite of what I saw. As they discussed the crimes they had committed and their experiences in the prison, I was almost in disbelief. I was anticipating monsters, but these former paramilitary members were so normal and that was kind of the theme of the day. They dehumanized the people they had murdered and bombed, they didn’t see the ‘other’ as being people. Now having been granted a second chance, these three men are doing what they can to put an end to the sectarian violence and trying to encourage the younger generations to not get involved in the violence. Although all three are hoping for a more shared society and peaceful future, they are still deeply set in either wanting to remain apart of the UK or having a strong desire to reunify Ireland.