The North Star Project, 2013-2014 Report Number Forty-One, “Well, which America? There are many Americas.” by Megan Hennen 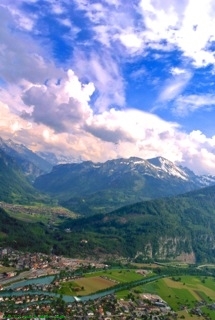 The North Star Project, 2013-2014 Report Number Forty-One, “Well, which America? There are many Americas.”, by Megan Hennen

Interlaken, Switzerland is an extreme sports hub known for drawing a special breed of tourist. Stepping off the train I was greeted by a sky littered with the parachutes of para-gliders and skydivers, looking up in the trees of the wooded area, there was an entanglement of ropes creating the intricate web of the Seilpark, and just walking down the street, people were seen prepping for a variety of other adrenaline-fueled sports such as whitewater rafting or glacier trekking. All of these thrilling pastimes unfolding before my eyes were contending with the overwhelming 360-degree view of the majestic Alps encompassing the town and the aquamarine waters of the lakes and river. With this stimulation-overload, it’s hard to believe that a single, simple conversation had such a lasting impact on me. 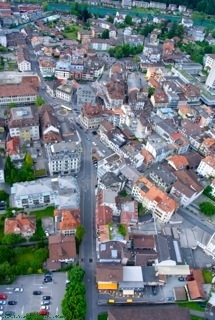 It started out with the standard, almost rehearsed introductions one runs into when meeting fellow travelers (what’s your name, where are you from, where are you going, etc.). As I was running through the laundry list of questions, this time with a group of students from Hong Kong, one of them asked me where home was. At this point I was still in the habit of answering with ‘Minnesota,’ which was typically followed by a face twisted into a puzzled expression to which I would correct myself with “I’m an American.” The correction had cleared up the confusion in my previous conversations, however this time the same perplexed look was staring back at me. 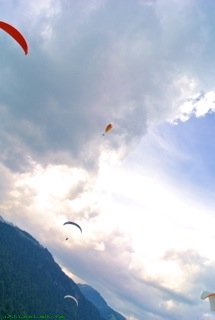 “Well, which America? There are many Americas.” This was something I’ve never encountered, let alone given thought to before, and I was now the one stunned into a momentary silence. She was right. The Western hemisphere is almost exclusively comprised of the Americas, yet there’s a single country that is often referred to as ‘America’ out of the entire conglomeration of regions named after the Italian explorer Amerigo Vespucci (who landed in South America). So, does there need to be a redefining of identity of those inhabiting these fifty states, making a shift towards the identity of “US citizens,” or is being referred to as an “American” specific enough? And if being called “American” is enough, does that at all play into the exceptionalism revolving around our country?

17 responses to “The North Star Project, 2013-2014 Report Number Forty-One, “Well, which America? There are many Americas.” by Megan Hennen”