Living over two months in the USA allows me to see a different perspective of the country, and how many issues are involved and developed in the inside. Indeed, diverse aspects, including food, clothing, recreation, government and politics, education, language, religion, transportation, economy, environment and finally, culture and arts, can define and determine in an accurate way what American culture is all about. 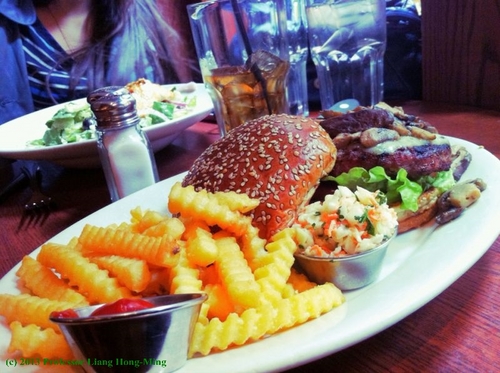 Talking about the food, it is pretty difficult to define American food, as it may be really expansive. It is certainly true that American culture has some typical dishes, but it can be said that it is a melting pot of different cultures as well. Nevertheless, even though you face different and diverse types of food, I can truly say that there is a kind of American essence in it. Additionally, something that I have experienced is that the American culture is an “immediate” culture in the sense that for most of the time people want their food to be quick, convenient and cheap. This can be explained by the fact that American culture prefers in a significant way fast and easy things. In words of John Ikerd, “The characteristics of America’s dominant food culture are cost, convenience, and appearance.” In the same way, it is important to take into account the size’s perceptions. I have noticed how the portion size of any kind of food is significantly distorted, as the ‘normal’ portion is notably big to the eye.

All these aspects generate the worldwide known “American culture”, which is different in significant ways to the Latin American culture, where I come from. For such matters, it turns to be really interesting to analyze the consequences that food may have in the development of a country and its own culture.