In addition to restoring sites destroyed in the recent past, the creation of popular landmarks from around the world.  In fact, there are whole parks devoted to such reproductions in both Beijing and Shenzhen.  An amusement park in Zhuhai has one such reproduction.  The New Yuan Ming Palace is a partial reconstruction of the Old Summer Palace, a complex comprised of many buildings and gardens that was built in Beijing during the early Qing Dynasty (1644-1912).  The original building was burnt to the ground by British and French troops at the conclusion of the Second Opium War (1856-1860).  It was never rebuilt and its ruins can still be seen in Beijing today.  The New Yuan Ming Palace, however, offers visitors a chance to catch a glimpse of the past glories of the complex as well as enjoy modern diversions, such as amusement park rides and a water-park, that were unthinkable for the emperors of old. 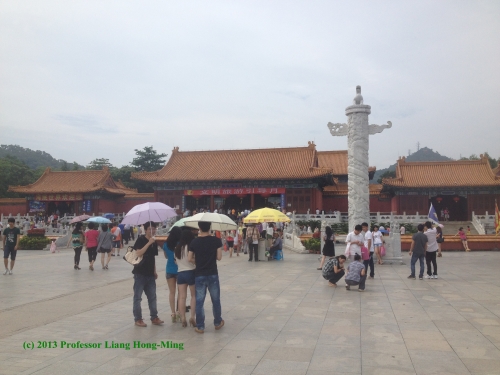 ———-
For all of the North Star Project 2013-2014 Reports, see https://mgjnorthstarproject.wordpress.com/